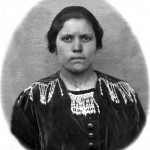 Weekends at Nana’s and gramps were always special times for me growing up. Saturday’s with my uncles, hecticness in the kitchen feeding the brood, along with starting and completing chores or projects my grandfather had conjured up during the week.  As the sun began to set my uncles would begin their exodus and I would repair to the living room and the television.  Soon, though, brothers and sisters of my grandparents would enter the house for the Saturday night nickel poker game.  I wasn’t permitted in the kitchen during the game.  The loud talk and controversies encouraged by an extra sip of homemade wine left little to my imagination on who won “all the money.”  Gramps would call me into the kitchen when everybody was ready to leave.  I’d get kisses from the aunts and a rub on my head from my uncles.  Sometimes the winner would put a dime in my hand with a smile.  Nana would get the comforter, a pillow and direct me to the floor in the living room.  A kiss and hug from her made me feel safe and secure.

Sunday.  Can anyone really put into words what an Italian household is on Sunday.  First, I was always the first person awake.  My uncles would get home at hours I wasn’t aware existed and my grandparents took full advantage of the day of rest.  Eventually, uncle Nick would roll out of the bedroom and exit with hardly a goodbye.  Within minutes he returned with fresh, hot, aromatic donuts from Presti’s Bakery.  He’d sit at the kitchen table and motion to me to sit with him.  He’d dip into the box and come out with a soft, sweet circle dripping with glaze.  “Come on, let’s share one before anybody gets up.”  We’d down the sweet cake quickly because the aroma surely would permeate the house.  As predicted everybody had risen.  Nana starts a pot of the strongest coffee in Little Italy and we all wait for the heavy brew to get served.  My uncles whisper about their Saturday night dates as Nana hoists “the kettle” to the top of the stove. Uncle Mikie, who lives with Nana’s parents, would call to make sure I was ready for church.  Assured of my cleanliness, we’d meet in the adjacent concrete yard and head to Holy Rosary for mass.  In the fifties, mass was delivered in Latin and the sermon in Italian.  Very difficult for me to pay attention. 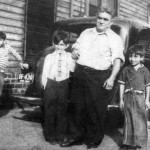 Walking home Uncle would explain the sermon in detail.  Delivered back to gramps, uncle would leave, returning when supper was ready.  One of the fondest rituals of my grandfather was about to take place.  The Sunday morning shave. He would instruct me to go to the hallway just outside the kitchen door and bring him an old newspaper which was being saved on top of the Singer sewing machine.  I ‘d give him the paper which he would neatly spread on the kitchen table and I’d sit across from him wide eyed.  Within minutes he had a shaving cup, brush, straight razor and a pan of hot water in place.  On the inside of the kitchen door knob hung a razor strap.  He would go to the strap and hone the blade to his satisfaction.  Finally, all was in place. He’d wet the brush with the pan water and swirl it around in the soap cup raising the foamy lather to his cheeks.  “Oh, gramps,” I’d say every Sunday, “some day I’ll shave with you.” “Ahg, it’sa no fun but mebbe soma day.”  Fifty years later I can still hear the sound of the razor being dragged on his leathery skin.  It should be said that one of my greatest disappointments is that I never got to shave with him.  He was profound, too, in his wisdom.  Shaving is not fun.

Remember the kettle Nana put on the stove?  It is a boiling caldren now.  Tomato paste, only Contadina, water and canned tomatoes.  On the right side of the stove she is 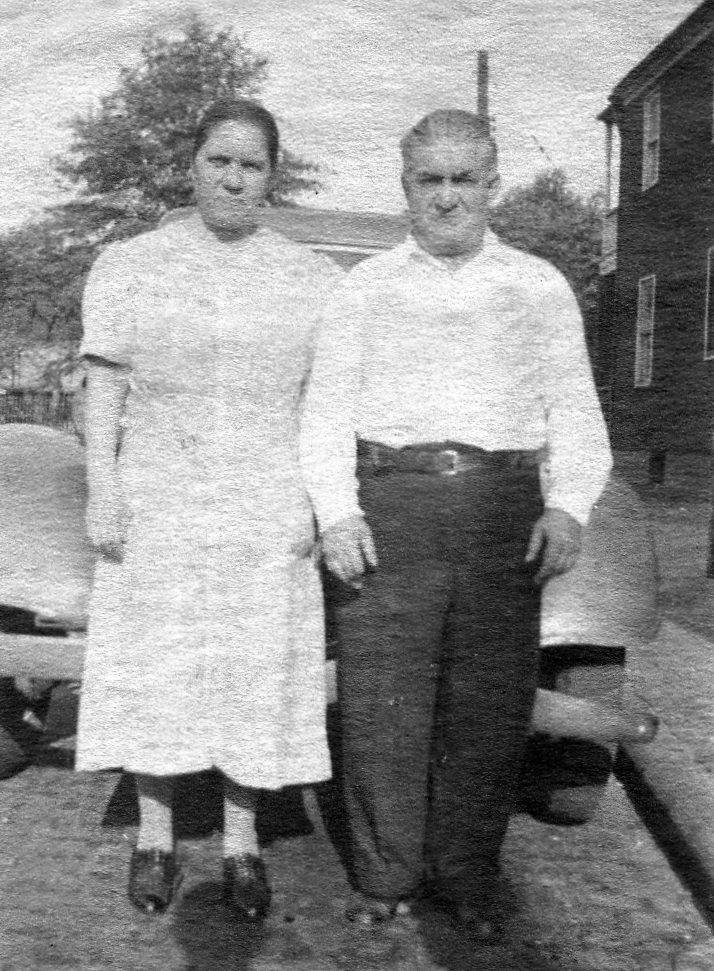 frying, or french frying, in two inches of olive oil, meatballs.  They will be fried until they have a crust then dropped into the sauce.  I’m not talking ten or twelve either.  She would fry for an hour.

The meatballs were accompanied with beef and pork neck bones, braziole, a few pieces of pepperoni, some sausage and maybe a piece of leftover chicken.  The aroma, forgettaboutit.  My uncles would rip off a piece of bread, walk to the pot and “dinge.”  “Hey, just checking on gramma.  Here, you taste, too.”  The smile I showed Nana made her grin and I got a kiss.  The sauce would cook for hours.  The table getting set was a sure indication the feast wasn’t far away.  A pot of boiling water sat next to the sauce kettle and two pounds of spaghetti or rigatoni would be dropped in and stirred.  Gramps would yell,” everybody sit now.”  We never had to be called twice.  No flat dishes either.  We ate out of soup dishes.  Gram loaded the bowls with macaroni covered it all with imported parmesean or romano and bathed it in her sauce.  One more trip to the stove and she returned with a huge pan of meat.  Some words were spoken during the dinner but nothing of significance.  It was choreographed weekly, though in my mind it was a premiere every Sunday.  Clean-up was Uncle Mikie’s and my responsibility.  Uncle Angelo always had time to help, too.  As we were doing what had to be done, Nana was getting the celery and, my favorite, peeled orange slices bathed in olive oil heavily seasoned with salt and pepper.  I have always thought of this post meal delight as the Italian version of Tums or Alka-Seltzer.